You’ve heard it before. We are a nation where over forty two percent of adults are officially obese, meaning they are twenty five percent over the ideal body weight established by Metropolitan Life Insurance Company and possess an excess of fatty tissue.

Obesity is a primary player in numerous degenerative disorders including heart disease, stroke, diabetes, joint and back issues and cancer. People who were heavy used to be referred to as chubby or heavy set. This shifted to the clinical-sounding “overweight or obese”. The word obese, comes from the Latin obesus, or “having eaten until fat,” thus conveying both a clinical and a judgmental evaluation. 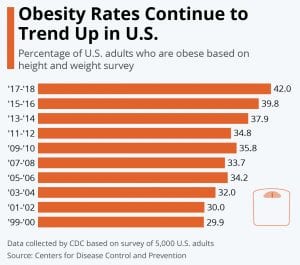 An increasingly plump population spends over sixty billion dollars per year trying to unload their excess weight. Weight loss is big business. Encouraging obesity is the three hundred-billion-dollar fast food industry and the one hundred-billion-dollar junk food industry. All kinds of “experts” profit from the obesity epidemic including “health coaches”, physicians, dietitians, bariatric surgeons and supplement mongers with their powders and potions. New diet plans arise and old ones are discarded while others are simply recycled under new names and a new crowd of people, whose memories are short, buy into them only to soon be bitterly disappointed.

Physicians practicing “medical weight loss” administer toxic drugs largely to “speed up the metabolism” or cause the malabsorption of nutrients. Weight-loss drugs became mainstream in the 1920s, when doctors began prescribing thyroid hormone to healthy people for weight loss (see article “The Misuse of Thyroid Replacement Therapy”) followed by amphetamines, diuretics, laxatives, and diet pills. These have all caused side effects ranging from annoying to fatal and yet they continue to be widely prescribed.

I recall a medical physician who specialized in “medical weight loss”. A line of desperate, nervous, women regularly stretched outside his office waiting for their re-fill prescriptions of thyroid pills and amphetamines. Most of them were obese but others were thin and gaunt. The gaunt ones had indeed lost weight along with their health through the toxic effects of the drugs and had become addicted to the prescription poisons to get through their days. Amphetamines often produce severe systemic effects including cardiac and gastric disturbances, irritability, aggressive behavior, psychosis and exhaustion. These are still employed today.

I’ve repeatedly seen the devastating effect on people who have undergone bariatric surgery which involves shortening / bypassing vital intestinal tissues to purposely decrease the absorptive capacity of the gut to effect weight loss. There is no other word for this other than mutilation. Such ill-advised action brings about a myriad of  side effects including fatigue, chronic diarrhea, arthritis, depression, intestinal blockages, disordered eating, biochemical imbalances, skin issues, cramping and death. Rationales are given for performing this procedure but this barbaric act clearly violates the Hippocratic Oath.

The number of gimmicks to lose weight are innumerable. Eating tapeworm segments to grow a parasite in one’s gut to lose weight was employed up into the 1960’s. Pharmaceuticals to deliberately cause malabsorption of nutrients, high fat high protein diets (e.g., Atkins Diet, Ketone Diet, etc.) hormones such as HCG, the list is never ending. Each harmful action ignoring cause and reason, presents with dangers and fails to accomplish what needs to be accomplished i.e., a return to health. 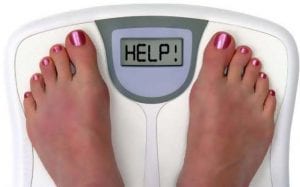 In reality, ninety seven percent of dieters regain everything they lost and then some within three years. You might lose weight in the short term but your chance of keeping it off are slim. Would you take your car to a mechanic that told you there was a 97% chance his repair on your vehicle would fail?

Most people, as they repeatedly try to lose weight, end up like yo-yos. They lose weight and then gain back more, lose weight and gain back more. In time they find they can no longer lose weight and are more obese than ever. This is due to a phenomenon called the “Set Point”, a survival mechanism the body uses when it feels threatened by a lack of nutrients and retains calories/nutrients to avoid depletion. This leads to the frequent lament, “I used to be able to lose weight and now I can’t anymore. I seem to retain every bite I eat no matter what I eat or how much I exercise.” Seeking gimmicks in health care frequently brings about such frustrating results.

This is not bad advice except for the “Just” part and the fact that this rarely works. Our bodies are more than just receptacles for food. Our weight reflects numerous components of our lives and our biology, including these inter-related factors:

All of these affect our weight and health. We are complex organisms. Some cases of obesity have relatively simple solutions, yet any person who’s over weight condition has been present for an extended period deserves a comprehensive evaluation to effectively address the causal factors involved.

The Sane, Effective Way to Approach Obesity and Overweight Conditions 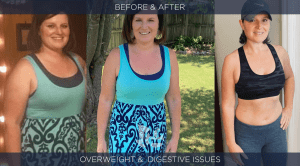 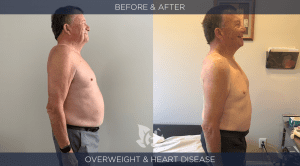 In close to fifty years of clinical practice I have never “treated obesity” yet, almost without exception, all of my patients carrying excess weight, including several that weighted in excess of five hundred pounds, normalized their weight while overcoming a myriad of health issues and (here is the key point) gaining back their health and vitality.

Obesity is a disease. It has causal factors behind it in every case and those causes, whether they be physical/biochemical, behavioral or a combination of factors, differ from person to person. When the causal factors behind a patient’s obesity/overweight/poor health are addressed in a comprehensive manner, their weight normalizes to a healthy level as their health returns. This is the same as when a patient with rheumatoid arthritis, ankylosing spondylitis, ulcerative colitis, Crohn’s disease, chronic fatigue, erectile dysfunction, chronic indigestion, depression, psoriasis, migraine headaches, allergies, or any other symptom of poor health consults us. We do not treat their disease; we build and restore the patient’s health and their “disease” dissipates. We identify the causes of each patient’s overweight condition / poor health and address them directly. We assist each patient in creating the right conditions for health restoration, not to treat disease but to generate vitality. Not only do the overweight slim down but those that are underweight begin gaining weight as their vitality returns.

A weight loss diet? Drugs? Potions? Therapies? No. None of the above. What is put into play is the development of a comprehensive health building Bio-Hygienic™ Health Restoration Program. Yes, it takes effort and perseverance. It takes the “Will To Get Well”™. The results, however, are not only increased wellbeing but the ability to take control of one’s destiny and have dependable health.

The proof is in the pudding. Examples of the many patients who have restored their health through a Bio-Hygienic Re-Creation Program™ and in doing so normalized their weight are shown below.

Achieving healthy weight comes down to creating the right conditions for each person to enhance their vitality and restore their energies. To get healthy. Done properly, by addressing the numerous factors that make each of us unique, the result is a person that not only normalizes their weight but one that also exudes radiant well-being. 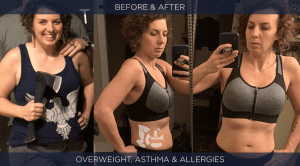 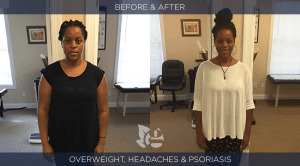 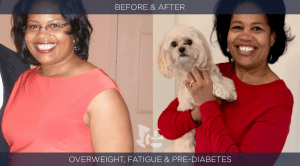 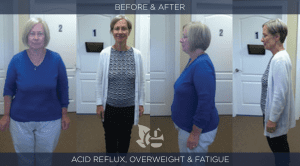 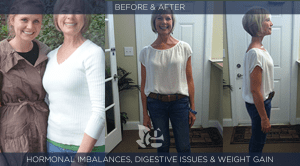 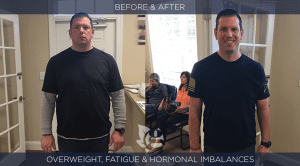 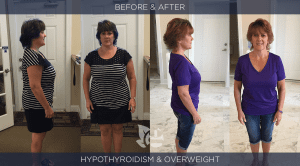