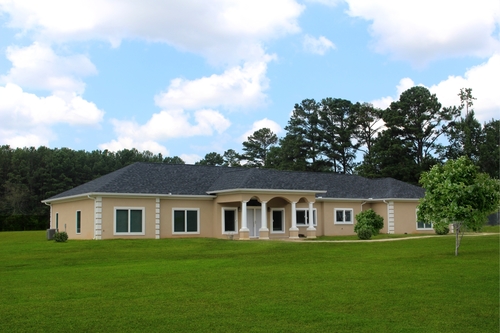 Hygieia was established as the premier location in the world to teach the Bio-Hygiene System™ developed by Clinical Chronic Disease Epidemiologist, Professor of Clinical Nutrition and Chiropractic Physician, Dr. Paul Goldberg, who has helped restore thousands of chronically ill patients to good health. Hygieia is part of the Goldberg Tener Clinic for Chronic Disease Reversal and you can start your journey back to health at either location. Contact us to see how we can help you reverse your chronic disease.

As an option for those seeking an accelerated head start in an all inclusive form in their pursuit of renewed vitality, we offer, once each season, a ten week program package that begins with spending a half day with Drs. Goldberg and Tener at Hygieia. You will undergo an extensive, detailed interview with ample time allotted for the doctors to explore your background, followed by a physical examination, bio-mechanical examination and a biochemical/nutritional evaluation. Appropriate functional and standard laboratory studies will be recommended to fit your needs. Dr. Goldberg was a consultant for two major laboratories in developing educational protocols for functional tests, which help uncover factors responsible for your disease genesis. Evaluations include dietary analysis, functional digestive evaluation of major nutrient components, inflammatory markers, blood sugar and free radical analysis, food and environmental allergy assessment, toxicology studies and other studies pertinent to your needs. In light of Dr. Goldberg’s many years of practice experience and teaching these procedures to health care students and practitioners you are assured of professional interpretation and application of the results.

Your morning or afternoon at Hygieia will be followed by a Discovery Period of two to three weeks to allow data collection and for a personalized health strategy to be formulated. An initial plan will be presented to you at the Report of Findings given either at the Goldberg Tener Clinic or at Hygieia or over the phone or by Skype, at your discretion. An additional eight-week period of working with the doctors through office visits or Internet Communication (for long distance patients) will follow. At the end of this time you will return either to the Goldberg Tener Clinic in Tyrone or Hygieia in Brooks for a re-evaluation.

A deposit of $400.00 is required at the time of booking the appointment. The balance for the ten-week program is due at the conclusion of your initial visit at Hygieia. When you leave Hygieia you will have all materials needed to complete your laboratory testing in addition to any tests performed by the Doctors at Hygieia. The program includes all consultations, exams, office visits or e-mail services, functional laboratory tests and any needed nutritional supplements. There are no additional costs during this ten-week period. For information on the cost of the all-inclusive program please call us.

We focus on addressing the causes of your health issues, on body and mind renewal and on acquiring the information needed to make a detailed assessment.

This is not a cookie cutter clinic or a place for treatments that address symptoms…this is an in depth evaluation to develop a road map in guiding you back to good health and recreating your body to the fullest extent possible. Bio-Hygiene emphasizes the identification and addressing of causal factors along with appropriate employment of rest, sleep, diet, detoxification, sunlight, mental poise, stress reduction and other hygienic measures to encourage the development of a healthier, well balanced metabolism and renewal of the patient’s cellular components.

An educational and Bio-Hygiene facility located in a natural setting where individualized health programs to reverse chronic disease are developed in a tranquil environment.

What Hygieia is not:

We are not a hospital or medical clinic. We do not offer any form of medical treatments nor are we an “alternative” health center with a hodge-podge of pills and potions. Our services are based upon Dr. Goldberg’s long experience as a Practitioner, Professor and as one who suffered from chronic disease and recovered from it.

1) All clients must be at least 21 years of age or have a legal guardian accompany them.

2) Reversing Chronic Disease Conditions requires hard work and discipline for both the doctors and the client. We do not “treat” disease. We work to re-create bodies and return those with chronic disease conditions back to good health.

Hygieia is an educational institution, not a Medical facility. Services provided are not intended to prevent, diagnose, treat or cure any disease. Health needs are a very individualized matter and making alterations in a haphazard fashion can be dangerous to your health.

Changes in your drug medications or therapies should not be made without the approval and supervision of a licensed Medical Physician in whom you have confidence.

In the early 1970’s as a young man, Dr. Paul Goldberg was stricken with severe Rheumatoid Disease and Ulcerative Colitis. His battle to regain his health served as the inspiration for his career in working with others with chronic health issues. He began his professional career in 1976 as Health Director of the legendary Shangri-La Natural Hygiene Institute and earned certification in Hygienic Care and Fasting Supervision from the International Academy of Hygienic Physicians. From 1980 to 2017 he served as a Professor of Clinical Nutrition, Public Health, Rheumatology and Gastroenterology at Life University and has lectured and written on clinical topics related to chronic disease reversal including Autoimmune Problems, Rheumatoid Diseases, Allergies, Gastrointestinal Issues, Chronic Fatigue, Blood Sugar Disorders and other chronic health problems. He is a graduate of Bowling Green State University (BA Cum Laude), The University of Texas Medical Center, Graduate School of Public Health (MPH Chronic Disease Control) Life University (BS Nutrition and DC) and has been awarded Diplomates from the American Clinical Board of Nutrition (DACBN) and the Chiropractic Clinical Board of Nutrition (DCBCN).