You have been deceived…

“Treating” Chronic Diseases Doesn’t Resolve Them… It Perpetuates Them 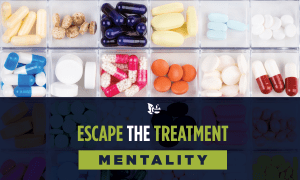 For over forty-five years our work has been devoted to reversing medically diagnosed, chronic disease conditions. Patients from across the U.S. and other nations come to us for help with a wide array of conditions seeking health renewal. Combining professional evaluation and guidance on our part and persistence and hard work on the patient’s part, the right conditions for health restoration can and do occur.

One might think the most difficult task working with chronically ill patients would be determining the course of action for them to take. That is a challenge my colleague Dr. Tener and I face each day. More difficult, however, is helping patients escape the treatment mindset which has often locked them into a medical failure mode.

The influence of the Medical Industry, which I refer to as the Medical Matrix and includes Conventional and Alternative/Functional Medicine, is overwhelming in the Western World. The Medical Matrix indoctrinates us to follow a model based on the labeling of symptoms, the “diagnosis”, followed by the “treatment” of those symptoms. In the area of emergency medicine, which plays a vital role in health care, this is not so much an issue. In regards to “Chronic Diseases, however, the process of medical diagnosis and treatments has led to the ruination of lives that could have been brought back to good health rather than thrown into the medical dust bin of what is termed chronic disease management.

The naming of symptoms and their “treatment” is what the practice of medicine and alternative medicine is based on utilizing prescription drugs or alternative potions and pills to suppress symptoms. We are brainwashed that only drugs or other pills can address our health issues and since only Medical Physicians prescribe drugs, a monopoly has been created that leads to highly disappointing results. This began with the Aesculapian School in ancient Greece which developed in opposition to the Hippocratic School. Modern Medicine is not based on Hippocratic Philosophy…it is based on the suppression/treatment of symptoms as evolved from the school of Asclepius.

There are a myriad of medical diagnoses, each with treatment protocols although many medical diagnoses involve prescribing the same drugs e.g., steroids, antibiotics, replacement hormones and anti-depressants. The diagnostic titling of the patient’s “disease” is a paramount step in Modern Medicine often entailing consultations with specialists and undergoing invasive, costly medical investigative studies leading to a diagnostic title the physician and patient can hang their hats on. The outcome of these elaborate procedures is the writing of drug prescriptions or other treatments based on the patient’s signs and symptoms.

Alternative Medicine and Functional Medicine, despite much hype, represent more of the same i.e., the naming of symptoms followed by the prescribing of more pills and potions in addition to the drugs already being taken (read The Facade of Functional / Alternative Medicine). Causes are left untouched as it is the “disease” being “treated” rather than addressing causal factors. The “alternative/functional” physician basically prescribes the same drugs as his conventional counterpart  and throws on top additional supplements, herbs, homeopathic agents, etc., to be taken along with the drugs (see list of common alternative treatments below). It is an elaborate façade with the same tired symptom/treatment approach remaining in play.

Alternative and Functional Medicine give lip service regarding causal identification but this is largely for show. So called “diagnoses” typically utilized by these practitioners, in addition to the standard ones the patient has already received, include such favorites as candidiasis (yeast), adrenal fatigue and SIBO (small intestinal bowel overgrowth). The same game of naming symptoms and signs and assigning treatments for those signs and symptoms is still in play. 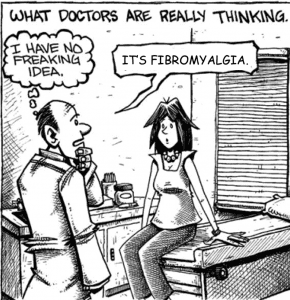 Many more examples could be given including “diagnoses” such as irritable bowel syndrome, fibromyalgia and chronic fatigue syndrome all of which serve to confuse the patient and prolong their illness. These garbage can diagnosis are admissions by the practitioner that he or she does not know what is behind the patient’s symptoms.

Part of the reason these superficial diagnoses are handed out so freely is that they allow the practitioner to unleash his or her pandora’s box of “treatments.” Drugs such as Nizoral for yeast, chelation therapies, bottles of adrenal glandulars, hormones, intravenous mega doses of vitamins and minerals, colonics, hyperbaric oxygen chambers, electroacupuncture machines leading to bottles of homeopathic and herbal treatments…the list goes on and on as ongoing treatments are applied unrelated to causes.

Typically, our patients have been through extensive ordeals within the Medical Matrix including having gone to numerous Conventional and Alternative Functional Medicine Practitioners. “Diagnosed” with a “chronic disease” whether it be Rheumatoid Arthritis, Ulcerative Colitis, Psoriasis or a myriad of other titles, they have taken ongoing pharmaceuticals, supplements, diagnostic tests (often to determine the damage drugs have done to them) and spent much of their lives in medical physician’s offices. This is referred to as medical management or chronic disease control.

I was medically diagnosed, as a young man, with Psoriasis, Psoriatic Arthritis, Rheumatoid Arthritis, Ankylosing Spondylitis, Ulcerative Colitis, and mixed connective tissue disease. Physicians added one medical diagnosis on top of another. In searching for answers, I discovered there were no medical solutions for chronic diseases. The fact that these conditions were labeled as being chronic was an admission by the Medical Matrix that they had no solutions. I was searching for answers to restore my health…not band aids for symptoms. Prescribed drugs worsened my condition leaving me with a myriad of side effects. I made the decision to leave the dark world of medical management, determine the causes of my disease and restore my health. It was a successful although tumultuous journey that led to the beginning of a new, healthier life that I was in control of.

Do we “treat “them”? The answer is we work with patients with any medical diagnosis, helping them successfully reverse their “chronic” disease condition but we do not “treat” them.

How can this be? Are we playing with words? Not at all. The way we approach chronic disease conditions of any type is diametrically different than the Medical or Alternative/Functional Medical approach of “treating disease.” It is that difference that has enabled us to bring chronically ill patients back to good health.

Our long experience working with chronically ill patients led to the development of The Goldberg Bio-Hygienic Re-Creation System™. It is an approach that is applied in an individualized manner to address the causes of chronic health issues. The Bio-Hygienic Approach™ establishes the optimal conditions for the body’s Re-Creation™ enabling chronic diseases to be reversed. This logical approach has enabled us to restore health to chronically ill patients with diverse conditions for over forty-five years. The before / after pictures of our patients shown below is a small sampling that exemplifies the good outcomes that are possible. 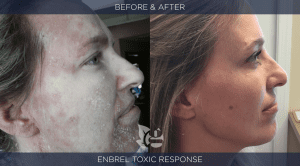 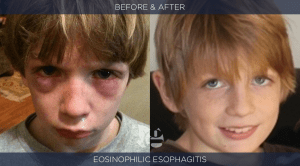 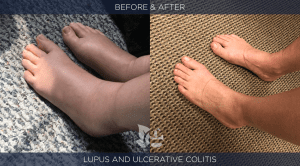 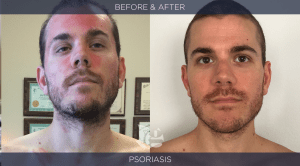 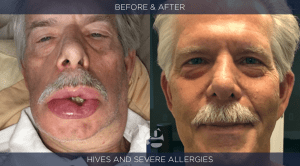 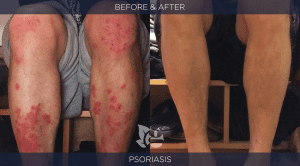 The Bio-Hygienic Re-Creation System™ is the outgrowth of not only my experience with chronic illness as a young man but also represents the synthesis of my training in Chronic Disease Epidemiology, Public Health, Hygiene, Nutritional Biochemistry, Chiropractic, decades as a Professor of Clinical Nutrition, Gastroenterology and Rheumatology and working with chronically ill patients since 1976.

The medical diagnosis you have been titled with is one matter. Finding out what is causing your health problems and addressing those factors thoroughly is another matter entirely. A Bio-Hygienic Approach™ is a process of discovery that opens the door to evolving out of chronic disease and into a renewed state of health.

The Goldberg Bio-Hygienic Approach™ is not a Medical One. It is not an Alternative or Functional Medical One. It is a comprehensive approach to uncovering causes, identifying those causes and creating the right conditions to allow health restoration to occur. It is a pathway that requires discipline, hard work and persistence. It has offered chronically ill individuals an exceptional opportunity to restore their health.

You are invited to review over one hundred video interviews of our patients (see links below) who successfully reversed their chronic diseases presented on our website. When you are ready to overcome your chronic disease issues, we are here to help you as well.