The Benefits of Sunlight

03 Dec The Benefits of Sunlight

Posted at 03:37h in Uncategorized by David Tener 0 Comments
0 Likes 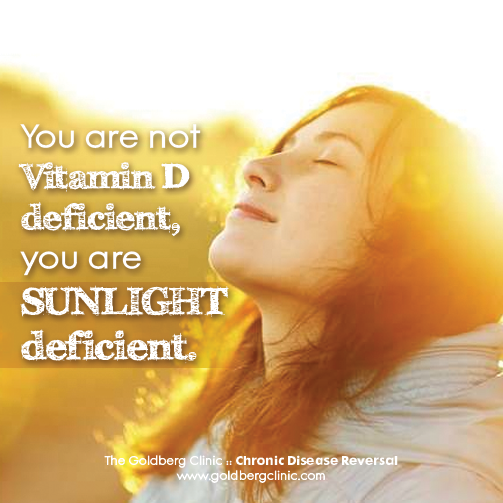 It has been staring you in your face since the first time you went outside. It is the physical force that sustains our planet and us. Our connection with the sun is so strong, so direct and so intimate, that David Bohm, a respected physicist, once surmised, “all matter is frozen light.”

The Swiss Physician A. Rollier, M.D. was a leading proponent of sunbathing in the early 20th century. Author Arnold Devries recounts that the country folk of Switzerland at that time told Rollier that; “where the sun is, the doctor ain’t.”

During the early 20th century the medical profession explored the use of sunlight in some infectious diseases, but with the discovery of antibiotics in the late 1930’s, sunlight was considered obsolete. Technology and pharmaceuticals sidelined the importance of Sunlight as it has other Foundations of Health.

In the presence of sunlight we feel more alive and vibrant. The sun emotionally and physiologically elevates our mood and balances our disposition. In a nation rampant with mental illness, it is time to seriously consider our isolation from sun exposure. A pioneer on the effects of sunlight on h uman health, Dr. John Ott, noted in an interview published in 1991 that:

“There are neurochemical channels from the retina (where light is received) to the pineal and pituitary glands, the master glands of the whole endocrine system that controls the production and release of hormones. This regulates your body chemistry and its growth, all organs of your body, including your brain and how they function.”

To list all the benefits received through exposure to sunlight would be as cumbersome as to list all the benefits we receive by breathing air. Sunlight profoundly affects the endocrine, nervous, immune and digestive systems. It positively affects digestion and absorption. Without sun exposure humans and other animals suffer from a lack of vigor and fail to grow normally. Sunlight is nutritive, supporting both physical and mental health simultaneously.

Throwing Out the Baby with the Bathwater

Modern men and women living conventional 21st century lifestyles increase their risk of skin cancer by excessive sun exposure. In light of sunlight’s essential nature for good health, however, we need to be cautious about not throwing out the baby with the bathwater. According to Michael Holick, M.D., Ph.D. of Boston University School of Medicine: “There’s no question that chronic, excessive exposure to sunlight and sunburning incidents markedly increases your risk for skin cancer. But there’s little evidence out there that if you practice safe sun exposure, it would increase your risk for skin cancer or wrinkling,”

Evidence That Sunlight Reduces Some Cancers

Many cancers, most notably breast, colon and prostate cancer, have been noted epidemiologically to increase the farther you get from the equator, where exposure to ultraviolet light from the sun is the least.

Epidemiological studies show that Americans who live in areas with greater sun exposure have higher mortality from skin cancer but that they also experience significantly lower mortality from female breast and ovarian cancer, male prostate cancer and colon cancer in both men and women.

A study of more than 430,000 death certificates showed that mortality from female breast cancer and colon cancer were negatively associated with both residential and occupational sunlight.

Guidelines for the Rational Use of Sunlight/Sunbathing

Sunbathing, like exercising should begin in a graduated fashion. Those who have fair complexions must proceed more slowly. When the skin has not darkened through the protective action of melanin, the sun easily burns it. Starting with three to five minutes of sun exposure on each side of the body is generally safe and sufficient to begin with. This can be increased over a period of several weeks in increments of an additional minute per day per side till about twenty minutes of sunbathing is taken daily on each side of the body.

The time of day chosen for sunbathing is important. The ultraviolet rays are too strong during the hours of about 10:00 A.M. to 3:00 P.M. in most locations for lengthy exposure. From approx. 8:00 to 10:00 in the morning and from after 3:00 till about 6:00 are the preferred times, taking into allowance the geographic location and season.

At these times the amount of ultraviolet radiation is lower yet the sun’s rays are sufficient to bring about a pleasurable, health promoting, experience.

As much of the body should be exposed as is convenient. The use of sun tan lotions while engaging in rational sunbathing should be avoided, as the benefits obtained will be reduced.

Following the sunbath it is best to not bathe with soap for several hours. This will allow time for the skins oils that have been charged with the suns rays to be absorbed into the body allowing for more 7-dehydrocholesterol, the precursor to cholecalciferol or “activated Vitamin D” to be formed. Do not by the way think of sunlight only in terms of getting Vitamin D. The entire country is “Vitamin D” deficient because we are sunlight deficient! There is also far more benefits to sunlight then simply obtaining “Vitamin D” which is not even a Vitamin, but rather a hormone.

If over the following days the skin appears significantly reddened followed by peeling it indicates over-exposure, which is to be avoided. Obtaining a gradual, even golden bronzing coloration is what is sought after. Special precautions should be taken with very young children and infants since their ability to produce melanin pigmentation is limited and damage to their skin may therefore occur more easily than with an adult.

Observation of other animals e.g. dogs and cats shows the folly of deliberate sun exposure during the sun’s zenith, i.e. when it is high in the sky. Our canine and feline friends seek the sun during the hours of sunbathing suggested above but they will likewise seek the comfort of the shade when the sun is high in the sky. Their instincts serve them well.

The rational employment of sunlight has been on my “prescription pad” for patients for thirty years. Employing the sun appropriately has helped with the improvement of many cases of illness. Keep in mind that sunlight should not be thought of as merely some treatment for disease, but as part of a foundational health program.