Posted at 18:45h in Uncategorized by David Tener 5 Comments
0 Likes

Rheumatoid Arthritis and other Rheumatoid Diseases continue to skyrocket in our population. We continue to receive, on a daily basis, the tragic stories of patients who have been treated for these issues with steroids and immunosuppressive drugs which fail to address causal factors and leave patients to experience tragic side effects. Most Rheumatoid Disease patients, as well as other autoimmune disease sufferers, can be helped if they address causal factors and have the will to do the work needed to get well as opposed to simply taking drugs, pills and potions (see examples of two of our patient’s below and more successful reversals of Rheumatoid Disease at the end of this article).

A Sea of Agony

I know as a former Rheumatoid Disease sufferer, the daily pain that patients endure, making life a sea of agony. Patients often go to a variety of practitioners seeking help, from medical rheumatologists to a myriad of “alternative practitioners” (see article “The Facade of Alternative / Functional Medicine”). Most find little in the way of answers as to how they can regain their health.

What temporary symptomatic relief they find from drugs, the mainstay of treatment under medical care, often comes at the price of damaging their health with pharmaceutical side effects. The un-relenting discomfort may drive a person into despair without any hope of being able to enjoy life again.

The Most Neglected Segment of the Medical Population

Rheumatic Disease Sufferers have rightly been referred to as the most neglected segment of the medical population. Comprising ten per cent of all doctor visits, rheumatoid disease patients typically find physicians who are poorly prepared by their schooling to offer anything more than temporary, symptomatic relief of rheumatic symptoms with prescription drugs while the underlying disease process continues unimpeded. Many physicians may empathize with William Osler, M.D., who commented in his Principles and Practice of Medicine “when an arthritis patient walked in the front door, I wanted to walk out the back one.”

The doctor who understands how to determine the underlying causes of autoimmune issues in each patient and becomes proficient in returning the patient to health is a rare commodity that can help difficult cases of virtually any type of illness and be called a master of his art and science.

When I completed my Masters Thesis on Rheumatoid Diseases at the University of Texas Medical Center in 1978, the health professions were floundering about looking for answers to autoimmune problems. Little has changed in 2009. Newer drugs have evolved that carry with them even greater risks and more alternative pills and therapies have arisen that still do not address causal factors.

I noted during my graduate education in chronic disease control that:

Today, after thirty-five years of practice, teaching and research I am yet more convinced of the validity of these observations and the destructive effects of current modes of addressing autoimmune/rheumatoid disorders.

One Important Key: Functional Analysis of the Gastrointestinal Tract 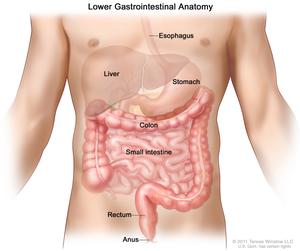 Patients with autoimmune/rheumatoid syndromes have overall poor health. Digestive issues, fatigue, depression, skin problems, colitis, anxiety, depression, irritable colon, intolerance to cold etc., are all common accompanying problems. The patient’s general health and resistance must be addressed along with specific factors if the patient is to return to an improved state of vitality and comfort.

Early in my practice years, I learned the importance of looking carefully into the function of the GI tract in rheumatoid patients. In the gastrointestinal tract, over 70% of the immune system resides. The gastrointestinal tract and the factors influencing it is one of the most promising areas for uncovering answers to many patients’ rheumatic disease problems.

It often surfaces that the patient suffers from some level of chronic indigestion. Until the causes of impaired gastrointestinal function have been corrected, good results will rarely be obtainable. Patients with Ulcerative Colitis, Crohn’s disease and Whipple’s disease all have a high incidence of arthritic syndromes illustrating the relationship between gastrointestinal function and the rheumatoid disorders.

Titles to Scare Patients With

There are many rheumatoid disease titles but most serve little use other than to terrify patients who often feel they have been handed a death sentence. This is understandable since under medical care Rheumatoid Disorders are typically chronic, painful, progressive and disabling. What other outcome should be expected when only the patient’s symptoms are addressed and the causes remain untouched?

There are about a dozen common drugs employed for Rheumatoid Disease Patients by medical physicians at any point in time with frequent switching from one drug to the next as the patient’s condition worsens or side effects appear from the drug’s usage.

Pharmaceuticals used change over time. Steroids, whose side effects include severe osteoporosis, diabetes, mental instability, adrenal atrophy and progressive muscle wasting to Vioxx (taken off the market after much initial fanfare, for serious side effects) to Methotrexate (originally employed for cancer and infamous for producing liver damage) to the newer much touted “‘Biological Drugs” e.g. Enbrel, Remicaide and Humira that disable a portion of the immune system from performing its tasks and carry risks including tuberculosis, other infectious diseases and cancer. No drug can build health and all drugs carry risks. We might categorize them by saying: Enjoy some symptom relief now (maybe) and pay like hell later.

As each new drug hits the market there is initial excitement at the “newest discovery” followed by the announcement of dreadful side effect(s) patients on the drug begin to exhibit. This is what happens when employing pharmaceutical agents to suppress symptoms without understanding the causes of those symptoms. The medical treatment of rheumatoid disease resembles a tortured man stumbling around a dark road without a ray of light to guide him. Ongoing disability, disappointment and pain with no hope of health restoration. This is the outcome of treating symptoms rather than addressing causes, improving function and taking the needed steps to restore health.

You might think that one critical of the medical profession’s approach to autoimmune/rheumatoid diseases would sing the praises of the “alternative” practitioners who avoid pharmaceuticals and advocate “natural” potions and therapies including Homeopathy, Herbology, Acupuncture, Naturopathy, Bach Flower Remedies, Orthomolecular therapy and legions of other “alternatives”. This diverse hodge-podge of alternatives, (each one promising more than the last), are particularly prone to target those with rheumatoid issues. The alternative practitioner may have a medical, chiropractic, osteopathic, naturopathic, or other degree or none at all. They may claim to have special status because they have a medical degree from Harvard or studied under a guru in Tibet but it makes little difference if the causes of the patient’s disease are not uncovered and addressed. To the extent the alternative practitioner might also suggest some diet reform, sunlight, increased sleep and encourage the patient to reduce their intake of drugs…to that extent something positive might be achieved. It must be emphasized, however, that the hawking of the latest potions, even when done with great fanfare using pseudo-science or pseudo- religion is a path best avoided. Patients are still grouped into broad categories as if they will all benefit from the same nostrums despite being vastly different from each other while the causal factors responsible for their conditions remain untouched.

What is needed is neither Standard Medicine nor “Alternative Medicine”, but a cause oriented, health-promoting, approach that identifies and addresses causal factors. The roots of such an approach were established by the works of Hippocrates and the School of Hygeia many hundreds of years ago in ancient Greece. Today, the Goldberg Tener Clinic has modernized this basic approach in a form we refer to as the Bio-Hygienic System™.

At the Goldberg Tener Clinic, we have built on the Hippocratic Tradition of seeking out the causes of ill health and developed a comprehensive approach we consider neither “standard medicine” nor “alternative medicine.” The Goldberg Tener Clinic Bio-Hygienic System™ is based on my personal experience with the trials and tribulations of rheumatoid disease as a young man…as opposed to treating symptoms. I am no genius but have been given the opportunity to learn from the school of hard knocks and a wealth of experiences that over the years have opened my eyes to the need to take a causal approach to overcoming chronic illnesses and to focus on restoring good function and health as opposed to treating symptoms.

“Treating” rheumatoid diseases has proven to be a dangerous road to travel. Ask those who have suffered the side effects of steroids, Vioxx, Celebrex and the newer “Biological” agents that have resulted in serious infections and cancers. The great fanfare heralding drugs for patients with autoimmune disorders soon diminishes as the devastating side effects that occur with them become known. Rather than foolishly looking to pharmaceutical companies to be our salvation we must work to address and rebuild health in a disciplined, logical manner.

Those who continue to seek out drugs as their solution tragically learn in time that “all that glitters is not gold.” The same is true for those who seek cures through “alternative medicine” with treatments that also fail to address causal factors.