Posted at 20:40h in Uncategorized by David Tener 0 Comments
0 Likes

Nick came to the Goldberg Tener Clinic suffering from Psoriasis, digestive issues and back pain (see patient history below). He had previously seen Medical Physicians including Dermatologists who prescribed drugs (Enbrel, Otezla, Clobetasol) but his condition worsened over time. After six months of care at the Goldberg Tener Clinic, his Psoriasis has cleared, his digestive issues have resolved and his back pain is significantly improved. His case illustrates the important connection between the skin, the GI tract and the joints as these are often interrelated problems. As Nick’s overall health improved, his digestion, skin and back pain improved simultaneously without the use of drugs, treatments and therapies. When causes are addressed, health is restored! Watch the video interview with Nick (see left). 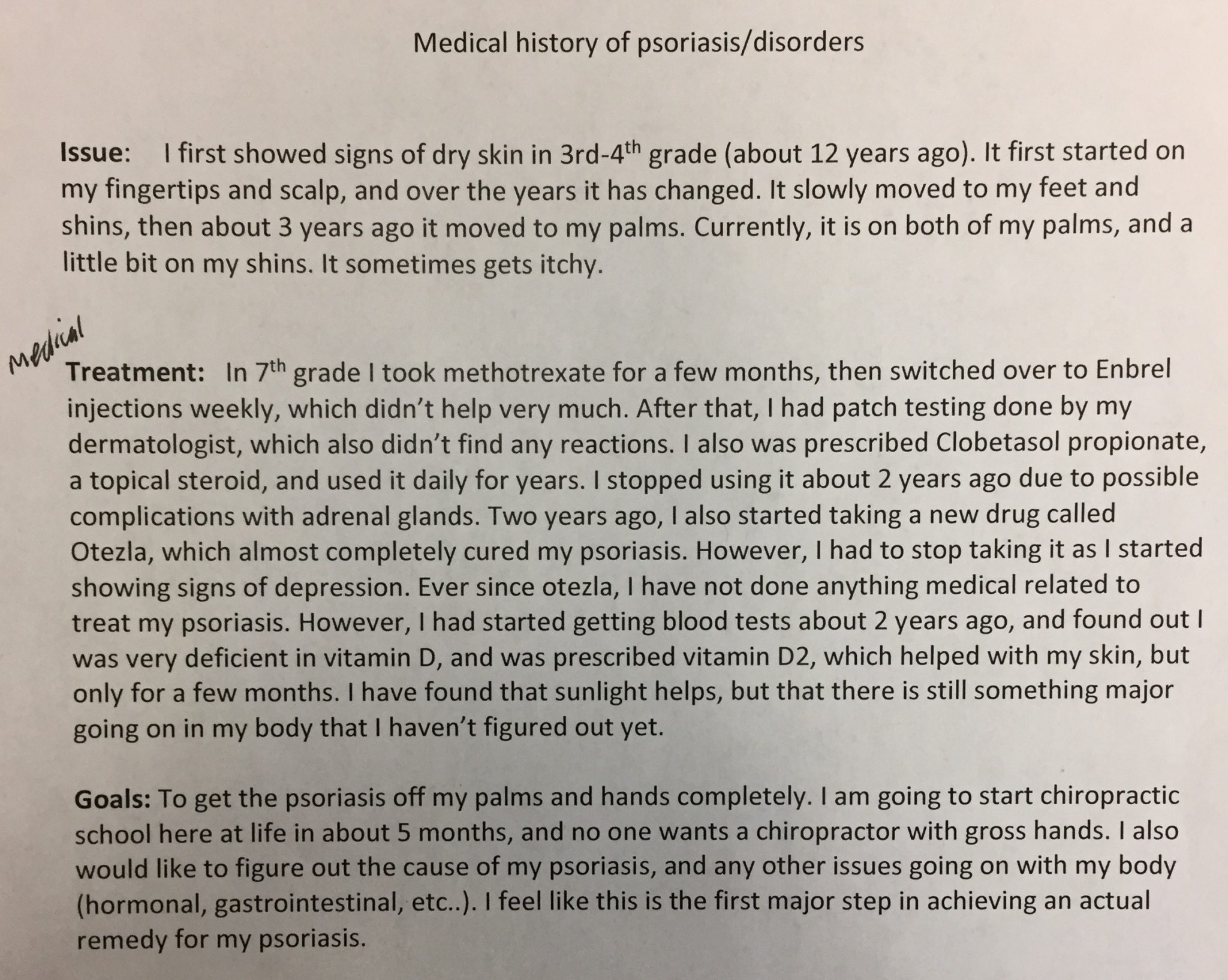