Posted at 13:38h in Uncategorized by David Tener 0 Comments
0 Likes

John came to the Goldberg Tener Clinic in 2017 suffering from severe Asthma and Allergies that were triggered by a flu vaccine he received in 2003. Between 2003 and 2016, he saw over twenty Medical Doctors and received numerous drugs and treatments including Prednisone, Singulair, Advair, Albuterol, rescue inhalers, nebulizers, ant-acids and a slew of supplements and alternative remedies (see picture below of John’s previous treatments). John’s condition worsened over time. Since coming to the Goldberg Tener Clinic in 2017, John’s health and function have improved tremendously. He no longer needs a rescue inhaler or the nebulizer which he had previously used three times a day. John’s overall dependency on pharmaceuticals has reduced by over 80%. Watch the video interview with John above and see his before/after lab below. 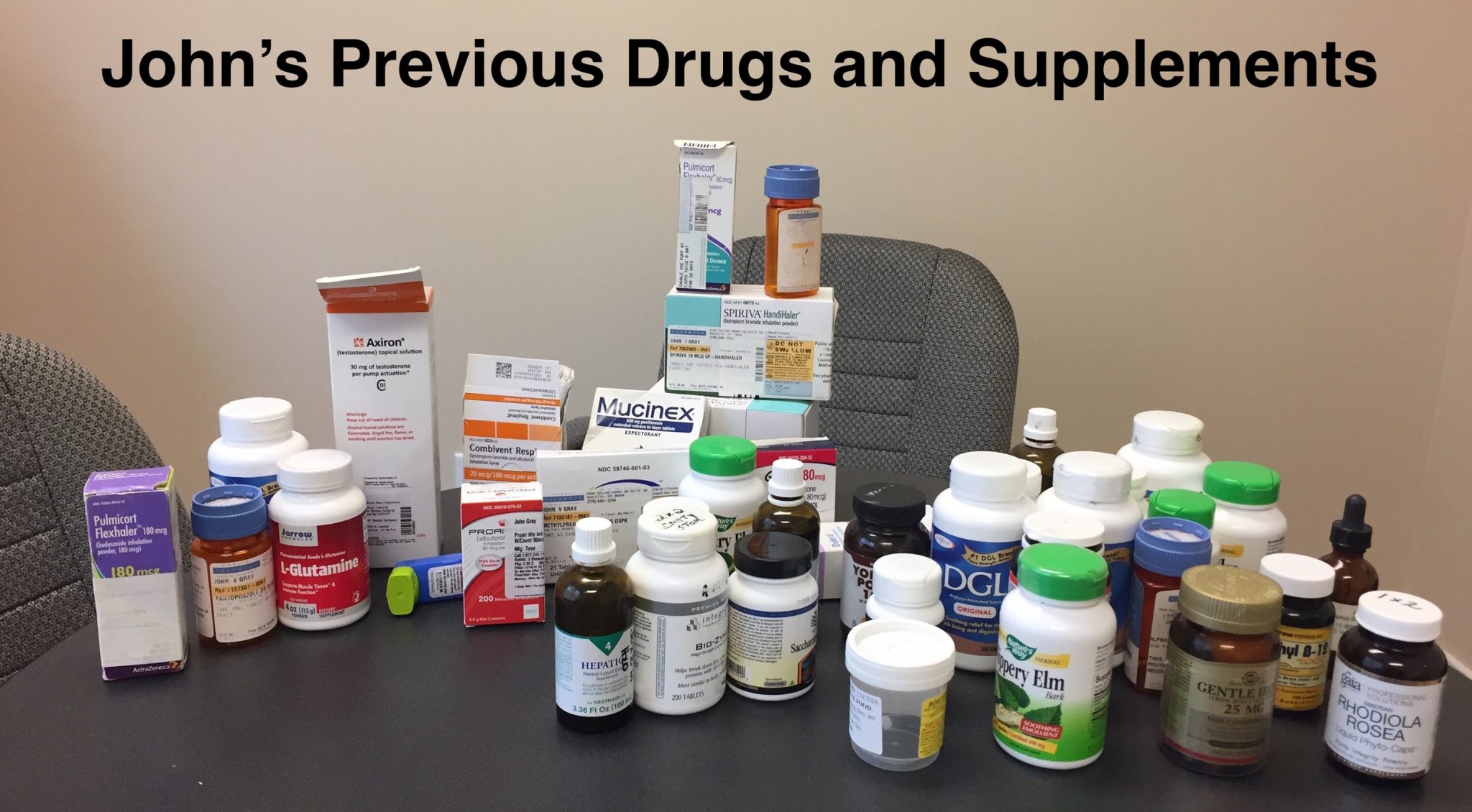 John’s case is a classic example of how adverse effects from medical treatments lead to a cascade of additional medical and alternative medical treatments causing further decline in health. Since receiving the flu vaccine in 2003, John consulted with over twenty Physicians including Allergists and other specialists which led to the prescription of more drugs and treatments to counteract the side effects of previous medical treatments (see picture to the right). This left John, like most victims of medical mismanagement, extremely frustrated. Improving John’s health was not a matter of more “treatments” but rather taking specific nutritional and Bio-Hygienic steps to build his health, vitality and resistance.

hsCRP is a marker of systemic inflammation commonly elevated in patients with allergies and autoimmune disorders. A normal, healthy HsCRP reading is less than 3.0. John’s HsCRP was 6.1 indicating a high level of inflammation. It is now 1.6 which is well within the normal, healthy range.