Another Successful Reversal of Psoriasis and Digestive Issues!

14 Jul Another Successful Reversal of Psoriasis and Digestive Issues!

Nicolas came to the Goldberg Tener Clinic suffering with digestive issues and severe Psoriasis diagnosed by a Medical Dermatologist. Medical treatments (skin creams and Biological drugs) were prescribed but Nicolas declined their use due to the potential for severe side effects including Cancer and Tuberculosis.

Nicolas’s case illustrates well the connection between chronic digestive issues and skin problems such as Psoriasis. Many patients, as well as their doctors, overlook the impact that poor digestive function has on other areas of the body. Health depends on efficient digestion to break down food into water and fat-soluble molecules, absorption to transfer the products of digestion into the blood and lymphatic tissues, assimilation to transfer the products of digestion and absorption into the individual cells of the body and elimination to dispose of the waste products. When these metabolic processes break down, systemic health problems included Psoriasis and Autoimmune Disorders are often the result. Of note in Nicolas’s case was that he had a severe Small Intestinal Bacterial Overgrowth (commonly referred to as “SIBO”) indicating significantly compromised digestive function (see Nicolas’s before/after SIBO test results below). As Nicolas’s digestive function improved under our care, his skin issues followed suit with 100% skin clearance in just over four months. 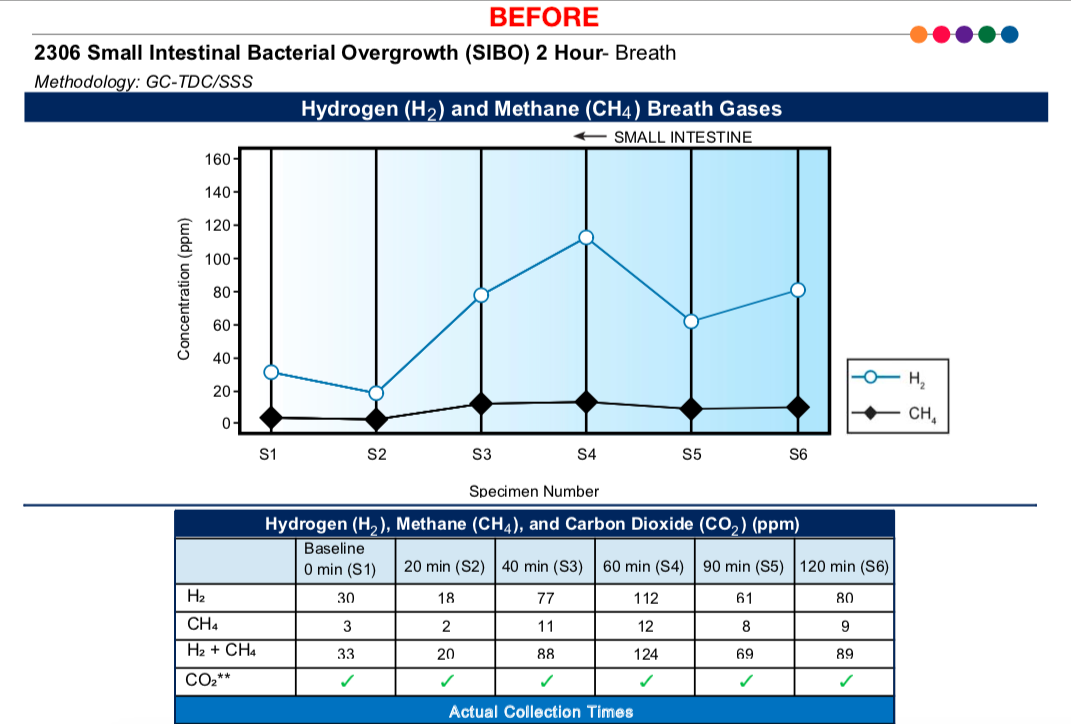 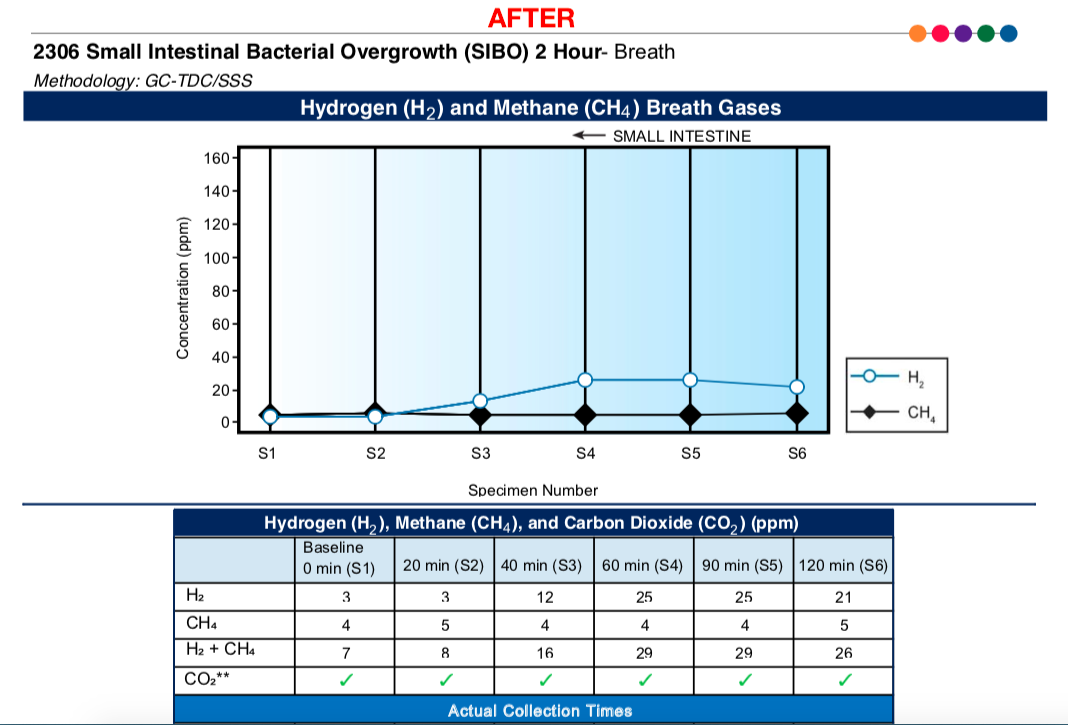