“The Goldberg Tener Clinic changed my life, and I will be forever grateful!”

20 Jan “The Goldberg Tener Clinic changed my life, and I will be forever grateful!”

Posted at 21:56h in Uncategorized by David Tener 0 Comments
0 Likes 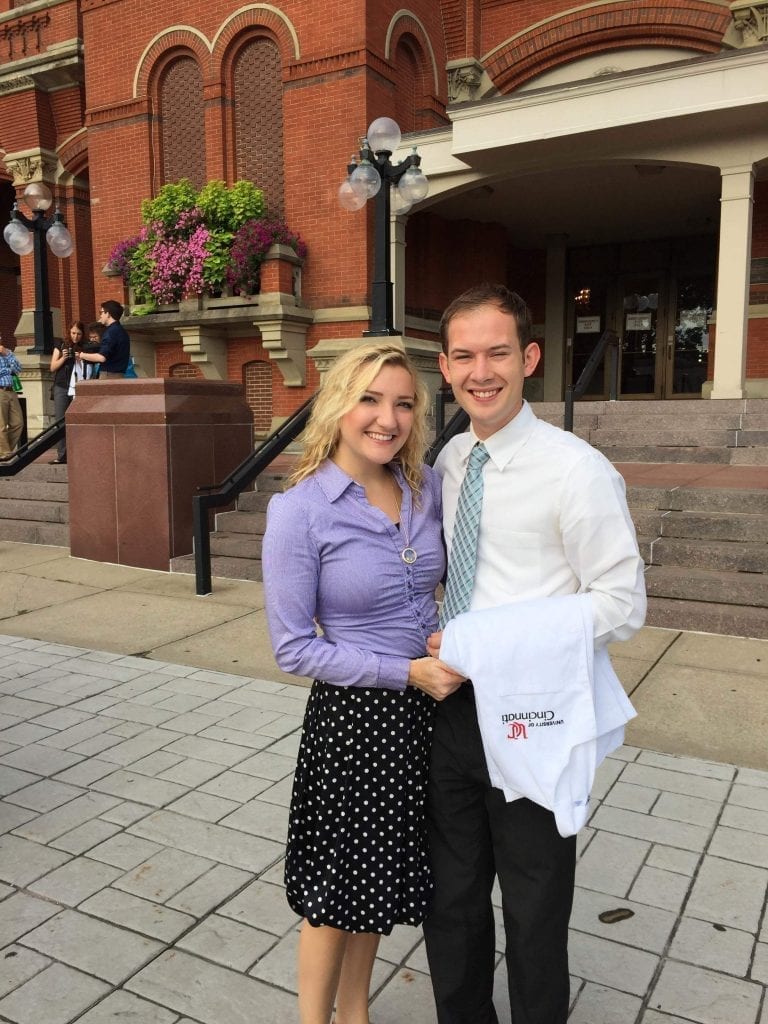 The Goldberg Tener Clinic changed my life, and I will be forever grateful!

I was diagnosed with Ulcerative Colitis when I was 16 years old (June 2010) and was prescribed Asacol HD (anti-inflammatory). After about a year, Asacol wasn’t helping me much anymore, so my gastroenterologist prescribed Imuran (immunosuppressant) in addition to the Asacol. After another year or so, that wasn’t enough for me, so my doctor prescribed a cycle of Prednisone (steroid) in addition to the Asacol and Imuran. I started with a big dose of Prednisone and weaned off of it. That helped me to feel good again, but like before, the remission didn’t last and I was still taking Asacol and Imuran daily. I was prescribed another bout of Prednisone, which helped. My doctor said that this would be the last time she would put me on steroids and she told me that if I flare again, I would have to stop Asacol and Imuran, and start Remciade or Humira (biologics). About a year later, I flared again. I was too scared to start a biologic because I was still so young and I wanted to have a healthy body and be able to have children, and I felt like a biologic drug would rob me of the happy and healthy future I desired. A friend recommended the Specific Carbohydrate Diet, I tried it out, but my health wasn’t improving. Around the time of this last flare, another friend of mine told me about The Goldberg Tener Clinic. I was a little nervous at first because I knew it would require a lot of discipline and a total lifestyle change on my part, but I scheduled an appointment anyway, because I feared biologic drugs even more than discipline.

It was one year ago (January 2015) that I had my initial visit at The Goldberg Tener Clinic. Dr. Goldberg and Dr. Tener were very thorough with asking questions about my symptoms, but also about my lifestyle habits. They recommended of testing that they thought would aid in discovering the source of my inflamed colon. After those set of tests a specific program was developed for me to follow. I didn’t see results right away, which was very discouraging, but I was steadfast and kept going. After about five months I really started noticing my body healing and getting healthier. I could tell that the chemistry of my body changed. My brain has changed as well—I have no desire to eat unhealthy foods. I value good, whole food, sunshine, and a chemical-free life. When I was 17 years old I developed Vitiligo and since The Goldberg Tener Clinic, I noticed my white spots started going away. I still have Vitiligo, but I believe that it will get even better as I continue living a healthy lifestyle. I am now blessed to be pregnant with my first child and I have had an immaculate pregnancy! No sickness, no pains, no aches, and I know that it is because I am drug-free and living healthfully. 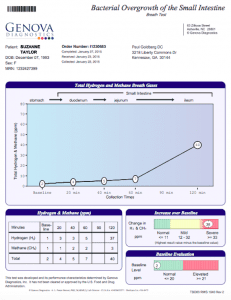 Suzanne’s initial test result revealed a severe bacterial overgrowth. The waste products produced by bacterial fermentation of carbohydrates are toxic and irritating to the gastrointestinal tract. This can contribute to inflammation and autoimmunity as seen in Suzanne’s case. 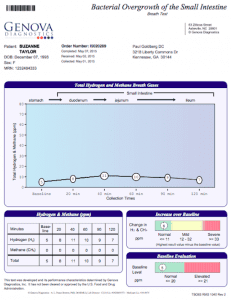 Suzanne’s Bacterial Overgrowth Test was repeated after 5 months of working with us at the Goldberg Tener Clinic.

Suzanne’s test result showed significant improvement  Her follow up test result (May 7th, 2015), is shown to the right. It is now normal.