Posted at 23:41h in Uncategorized by David Tener 0 Comments
0 Likes 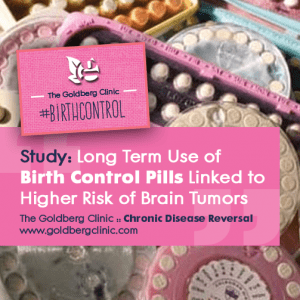 Story from Fox News
Excerpt from article below.

Taking certain forms of birth control for over five years more than doubles the risk of developing a rare brain tumor, a study led by a Danish neurologist has found.

The study, due to be published Thursday in the British Journal of Clinical Pharmacology, says that women who take hormonal contraceptives showed higher rates of glioma, a tumor that affects around five people in every 100,000.

The study examined the contraception methods over 317 women with glioma aged 15 years to 49 years and compared them to a control group. The researchers found that those who used contraceptives containing only progestin for more than five years had a risk that was 2.4 times higher than the control group. Those who used other types of birth control saw their risk for glioma raised, but not quite as high.

Overall, women who had used hormonal contraceptives at any point for any length of time had a 50 percent higher of developing the tumor than those who had not.

Click here for a PDF version of the research paper from the British Journal of Clinical Pharmacology. 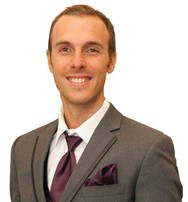 Nearly 80% of women have used birth control pills at some point in their life, yet few are aware of or even consider the very real and sometimes very dangerous side effects of these synthetic hormones. This is a tragedy in my opinion, as the “pill’s” major benefit—convenience– is largely outweighed by an increased long-term risk of cancer, blood clots, osteoporosis and heart disease. Not to mention the less serious, often immediate side effects: weight gain, yeast infections, breast tenderness, mood swings, migraines and nausea.

Most women are first introduced to the pill in adolescence and it is common for many to begin taking it for reasons other than birth control (usually acne and painful, irregular menses). Many take the pill throughout their teenage years and into their twenties until they decide they want to get pregnant and start a family. Most are discouraged to find that getting pregnant after taking the pill for so many years isn’t as easy as flipping a switch. We have seen this repeatedly with many of our female patients.

Dr. Goldberg and I encourage our female patients to consider the delicacy of their reproductive and hormonal system and work to establish balance with the proper heath promoting behaviors rather than resort to potentially dangerous forms of hormone replacement (both birth control and HRT). For those willing to work hard with us and make the necessary changes, the results are often very positive: https://www.goldbergtenerclinic.com/hormone-weight-issues/