Posted at 21:04h in Uncategorized by David Tener 0 Comments
0 Likes

A thorough work up was performed at the Goldberg Tener Clinic including a case history, physical exam and appropriate laboratory studies. In just 3 months, Jillian reports 70-80% overall improvement in her health. She is drug free. The improvements seen came by addressing causal factors and without the use of drugs, herbs or other treatments/therapies (watch the video interview with Jillian to the above).

Jillian had a significant bacterial overgrowth of the small intestine which likely developed as a result of repeated medical treatment with antibiotics and ant-acids (see our video “The Hazards of Ant-Acids”). Jillian’s before and after SIBO test results are shown below. 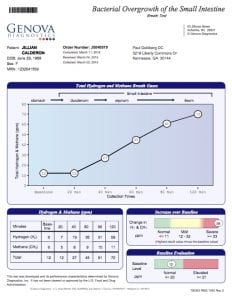 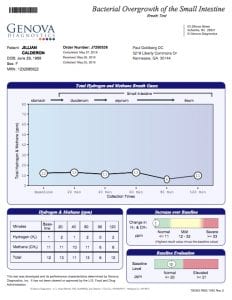