Posted at 20:30h in Uncategorized by David Tener 0 Comments
0 Likes 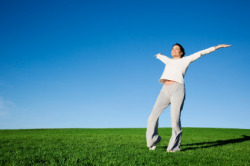 I have always been pretty healthy all my life. I have low blood pressure, eat healthy, do yoga and love to hike. I was surprised in October 2012 that I had trouble swallowing and had lost quite a bit of weight–being around 94-96 lbs at 5’2”. From October through December 2012, I went to an ENT, two gastroenterologists, my primary care physician, a nutritionist and an emergency care doctor. I had testing done including a laryngoscopy, endoscopy, colonoscopy, and ultrasound. The conclusion was I had some acid reflux. Most of these people wanted to put me on a proton pump inhibitor such as Nexium or Prevacid. I had read about the side effects of PPIs and did not want to take them. However, as my problems continued, such as chest pains and sleeplessness, I finally relented and took Dexilant(60mg) and Carafate that the third gastroenterologist prescribed for me in January. He also told me to continue to drink Ensure to help gain weight. I did feel some relief for about a month, but by February I had bloating, no appetite and ate very little. I also felt I was getting weak at times and wondered if I could walk up the hallway in the school where I worked. I also began worrying about the dangers of Dexilant on my bones. I had osteopenia and did not want it to get worse. All of these incidents and medications put me in a very depressed state, wondering if there was help for me or if I had exhausted all possible resources. My husband, family, and friends became concerned about me. A friend of mine even suggested that I go to the Mayo clinic.

I searched every minute I had on the internet for help. By some miracle, I found the Goldberg Tener Clinic on the internet in February, 2013. I made an appointment in March and met with Dr. Goldberg and Dr. Tener. I told them about my problems and that I was desperate to get off the Dexilant(PPI) . In April, a month later, after all the test results, Dr. Goldberg told me I had some small intestinal bacterial overgrowth(probably from PPI) and a problem digesting proteins which may be why I could not put on weight. At the time, I was trying to wean off the Dexilant.  I noticed my energy level was somewhat better after I started the program. I was placed on a liquid diet and managed to go down from a 60mg Dexilant to a 30 mg dose. However, the weaning process after that was very difficult and slow-going. I also had some pain with the weaning and wondered at times if I would ever get off the meds. I became very discouraged. Dr. Tener kept encouraging me to smile and talked to me about getting out and doing things I enjoyed. But I had become so depressed that I just stayed at home, had trouble sleeping and could not concentrate on anything I watched on TV or read. However, I made sure that I kept my appointments with Drs. Goldberg and Tener because I felt that they took time with me and really cared about me and my health. I had a feeling deep down inside that they would be the ones to help me and not the other doctors. I quit taking my last PPI in July and managed to get off the Pepcid AC and Carafate by September. I continued taking my supplements from Dr. Goldberg and following the program that Dr. Tener put me on. I now sleep much better, eat better and have begun to put on a little weight. I am getting out again, going hiking on weekends with my husband and “getting my life back.“ Now, when I go to my appointments, Dr. Tener does not have to tell me to smile because I always walk in with one. I am so thankful that I found Drs. Goldberg and Tener.

Most adults have used ant-acids at least once in their lifetime. Many people take them every single day. But what most people don’t realize is that ant-acids are not harmless. In fact, they do much more harm than good. All acid reducing drugs inhibit nutrient absorption, promote bacterial overgrowth, reduce resistance to infection and increase the risk of cancer and other serious chronic disease. It is tragic to think how many people could be helped and how much chronic disease avoided if reflux (GERD) was addressed from an etiological (causal) basis rather than a pharmaceutical one. (See the video”How Ant-Acids Wreck Your Health” for more information).

Jean’s recovery is a reflection of her hard work and persistence in following through with our recommendations. Her determination paid off with improved overall health and function. She no longer needs to rely on pharmaceutical agents and run the risk of debilitating side effects.