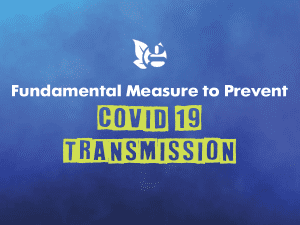 In a previous blog, I discussed the benefits of sunlight exposure in helping to minimize the risks involved with the Covid 19 Virus and hope our readers are utilizing this effective (and free) immune balancer and booster on a regular basis. Another hygienic measure that is easily available and under-rated is the simple measure of handwashing.

As surprising as it is, even in the late 19th century, medical physicians did not regard handwashing as a health protective measure. On the contrary, it was common for Medical Physicians to perform an autopsy on a corpse in one hospital room and then go to the next room to deliver a baby, putting their hands into the Mother’s vaginal canal without first washing their hands from handling the corpse.

The story of Ignaz Semmelweis, M.D. (1818-1865), illustrates this. Semmelweis was an Austrian physician working in a Vienna Hospital in 1847. An independent thinker, Semmelweis went against the medical establishment of his time and promoted a radical procedure: having physicians wash their hands between patients. 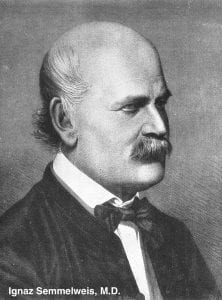 Semmelweis’s directive, nonetheless, led to a dramatic reduction in maternal mortality rates in the hospital that he worked at. It also resulted in his being fired…not only at that hospital but from successive hospitals he found employment at which he also enforced handwashing and was also fired. Everywhere he went, Semmelweis was greeted by fierce attacks on his character by his fellow physicians that eventually led to his being an outcast in the medical world and to his commitment to a mental institution where he died. His independent thinking about hand washing did, however, eventually catch on and has become an expected standard of health care that has saved countless lives.

One might imagine that the lesson that Semmelweis made clear would certainly not need to be repeated in the 21st century. The facts say otherwise.

The United States Centers for Disease Control and Prevention concluded years ago that hand washing is “the single most effective way to prevent the transmission of disease.” The CDC further estimates that more than 2.4 million Americans acquire an infection in hospitals each year and that half of these infections are preventable by proper hand washing. Hospital-acquired infections cause or contribute to one hundred thousand deaths annually.

Patient-to-patient transmission of infectious microorganisms can just as easily occur in a doctor’s office, a gym, or at a home among family members. Much of this occur at doctors

offices through the doctor’s implements and office furniture particularly with examination tables where disposable paper is not used and changed after each client or from direct touching.

The problem has persisted. A 1996 study published in the Medical Journal of Australia showed that only 12 percent of physicians in a pediatric intensive care unit washed their hands after patient contact. Even after a program of education and monitoring, hand-washing rates rose only to 17 percent. Although embarrassing, evidence shows that doctors and other health care workers in office practice frequently do not wash their hands between patients or do so inadequately. In 34 hand-washing studies it was seen that health care professionals only properly washed their hands 40 percent of the time. This shortcoming is often attributed to hectic schedules. To the patient, however, who goes to the medical or chiropractic doctor already in a state of compromised health and leaves with the potential of an infectious problem in addition, a doctor’s “hectic” schedule may be of little comfort.

There are simple and effective solutions that both physicians of all kinds and that laypeople can employ for their protection and the protection of others. Washing our hands regularly, particularly in times of outbreaks of infectious disease as we are now experiencing, is important.

We need not have germ hysteria to take such as simple hygienic step. Germs (bacteria, viruses and fungi) are not the cause of all diseases, but they are part of the relationship among the host, its environment and nearby agents e.g. bacteria which live in that environment. Today, with the Covid -19 Pandemic, the work of Dr. Semmelweis and current hygienic recommendations from the CDC, all this takes on an even greater importance.  The link below will take you to a CDC page that gives instructions how to utilize adequate handwashing techniques to minimize the spread of infectious disease.

1) The Facade of Functional and Alternative Medicine
2) Why Inflammation is NOT the Enemy
3) Tackling Inflammatory Bowel Disease
4) Reversing Rheumatoid Arthritis
5) Reversing Psoriasis and Psoriatic Arthritis
6) Serious Considerations Regarding Colonoscopies
7) SIBO: Antibiotics are NOT the Answer
8) Diagnosed with Fibromyalgia? You Have Been Misled.
9) It’s More About You than COVID 19
10) Bio-Identical Hormones and Anti-Aging Medicine: Quick Fix or Slippery Slope?